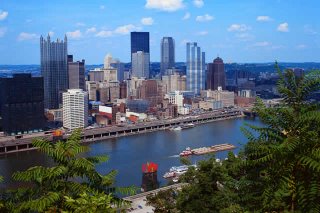 Just got home and had a great time at the Wings over Pittsburgh Air Show last Saturday. I even got to meet up with some of the local scanning group - it was great!
I caught part of the preparations for the All Star Game before I left, but the locals really helped and caught the activities during the events. Here's a quick update:

A special thanks to members of the Three Rivers Area Monitoring Association group for their help!
Posted by Chris Parris at 6:25 PM No comments: