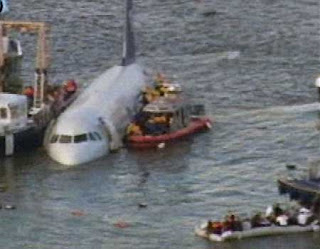 As news reports are being broadcast about the US Airways flight emergency landing in the Hudson River, many in the NYC area are probably curious about the NTSB investigation team that is headed that way.

Here is what I have most likely for the NTSB as far as radio frequencies. I have no idea if they are analog, digital or what:

1) I have never actually heard these or confirmed their usage.

2) I have never known or spoken to anyone who has actually confirmed these as being used.

3) Many lists found on the Internet seem to mix up FAA and NTSB frequencies freely. The NTSB is a completely separate & independent agency and is NOT part of the Department of Transportation.

4) I know someone who trained at the NTSB HQ in Washington DC. He noticed that all the teams that were prepping to leave on assignments took only cell phones and FRS type radios with them. It's unknown if they have radios shipped in on long investigations or what, but the folks he talked with had no knowledge or experience with real land-mobile type radios.

Remember, these are assignments that may be used by the FAA and other agencies. If you can confirm any of these as in use by the NTSB, you will win a prize of some sort!

UPDATE:
A listener reported that he did actually hear the NTSB back during the Valujet crash in the Florida Everglades. The frequency was 165.7500 MHz and was encrypted full-time. So far nothing from New York City.
Posted by Chris Parris at 4:36 PM No comments:

Reports are coming in of potential communications activities related to the upcoming Inauguration. An active frequency to keep an ear on appears to be one of the federal interoperability repeaters that is part of the "25 Cities Project" organized & funded by the Justice Department. Here are the DC area repeaters:

Reports are that DC I/O 2 or "C-TAC 2" may be in use for the upcoming activities.
Posted by Chris Parris at 12:33 PM No comments: