Operation Mountain Guardian is a terrorism-based emergency response drill that will be taking place in the Denver area this Friday, September 23rd. The drill involves many public safety agencies in the Denver Metro area and will include participation by federal agencies, including the FBI and Federal Protective Service.

This represents a rare opportunity to monitor the activities of the different agencies and see what is being used for communications. Be sure and keep an ear on the federal interoperability channels, as well as the DoJ "25-Cities" repeaters in the Denver area: 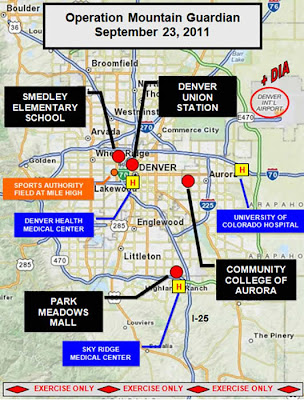 Posted by Chris Parris at 4:20 AM No comments: