A necessary tool for any serious federal scanner listener is the National Interoperability Field Operations Guide, or NIFOG. The latest version is 1.6.1 and is available now. There are several sources for downloading this document. Here are a few: 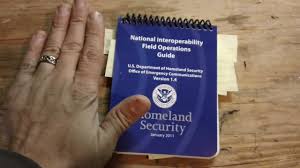 Posted by Chris Parris at 7:51 AM No comments: 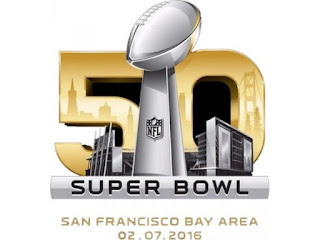 Here's a short list of what I was able to monitor during my stay in the Santa Clara area for Super Bowl 50:

Posted by Chris Parris at 7:27 AM No comments:

At one time, the IRS division of the Treasury Department was fairly active on their federal frequencies. Lately they seemed to have gotten harder to hear. Not much activity has been heard on their frequencies, but I don't think they've changed to different ones. It's just hat unless they have a major surveillance or warrant service going on, they just don't use the radios that often.

But keep an hear on their frequencies anyway, as you never know when they might get busy!

Here are the frequencies that have been identified as being allocated to and used by the Treasury Department, and specifically the IRS:

Most IRS VHF P25 channels appear to be using a Network Access Code (NAC) of N100. There is evidence that the TIGTA (formerly IOG) operations are using a NAC of N1F1. And the primary repeaters for IRS operations may have adopted the system used by other federal agencies of using different NACs to access different repeaters on the same frequency. Here are some confirmed loggings of IRS channels around the country:


Posted by Chris Parris at 7:13 AM No comments:

Federal Use of DMR

In the January 2016 issue of The Spectrum Monitor, I listed a few confirmed frequencies that seem to be carrying a digital mode called DMR (the Digital Mobile Radio standard), or what Motorola sells as MotoTRBO digital mode. This was considered unusual for a while, as most federal agencies were required to use the chosen standard digital mode, which is APCO P-25. But some federal agencies are exempt from the requirement and buy whatever types of radios they can afford.

Here is that list and I ask that anyone who has stumbled across federal frequencies using DMR to pass them along ot keep the list up to date!