I was recently forced by an airline flight cancellation to drive from Pittsburgh to Atlantic City, NJ for work. While driving across on I-76, the Pennsylvania Turnpike, I started picking up a lot of P-25 clear activity on 170.7250 MHz. As previously blogged, this frequency has been used as a Federal Interoperability repeater in some cites, but I have not received reports of it being used in the Philadelphia area. The signal was quite strong and seemed to be centered around the Harrisburg area. It finally got weak and was not heard in the Philadelphia area.

The activity was a surveillance operation. First names were used and no specific locations were identified. Could have been anyone of a dozen federal agencies. Similar traffic has been heard in the Pittsburgh area on a P-25 repeater on 169.8000 MHz. Pittsburgh monitors report that some locations heard on this repeater seem to indicate that the operations were taking place in Philadelphia, and this frequency was somehow tied in to the Philly repeater.

It's quite possible that this Federal Interop system has these repeaters in various cities tied together, but I have not confirmed this yet.
Posted by Chris Parris at 10:21 AM No comments: 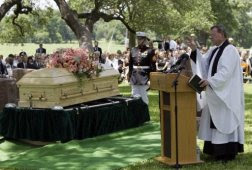 With the passing of Lady Bird Johnson this past week, I was reminded of many trips through the Austin, Texas area in years past. Often I could pick up the US Secret Service detail that was stationed at the LBJ Ranch near Johnson City, Texas. They could be heard using the call sign VOLCANO. I think that they used to use the Secret Service CHARLIE channel, 165.3750 MHz, but my old logs from those trips have been lost for a while... UPDATE: A friend in Texas reminded me that VOLCANO had a MIKE (165.2125 MHz) repeater.
By the way, LBJ's call sign was VOLUNTEER and Lady Bird was known as VICTORIA.
Posted by Chris Parris at 9:58 AM No comments: