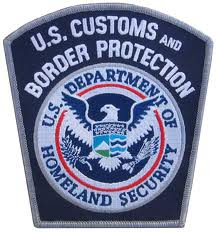 I just returned from a quick trip to Montreal and passed through the US Customs Pre-Clearance at Toronto's Pearson Airport (YYZ). I spotted a CBP Customs officer at the end of the Pre-Clearance area with a VHF Astro Saber radio. While waiting for my departing flight to the US, I listened to see if I could fingure out what they might be using there, but had no success.

I have been told that CBP Customs officers at Vancouver (YVR) use the CBP Customs NET 1 frequency (165.2375 MHz), but I have never caught them while in Canada. Anyone confirmed any usage of VHF channels by CBP at YYZ?
Posted by Chris Parris at 10:47 AM No comments:

I was unable to make the trip up to Seattle to monitor the arrival of President Obama on Tuesday, but I did get some reports from folks on the ground there.

I still have not come up with a standard "name" for the 167.0125 and 167.0375 channels that have been used by the Secret Service for a few years now. They are sometime referred to as POTUS protection detail channels, but they are often used where the POTUS or VPOTUS are not present.

In addition to the conventional channels, there was some speculation as to who might be using the IWN, the federal VHF trunked radio system in the Seattle area. Locals set up to monitor the system activity reported nothing unusual on the trunking sites they were monitoring, but the IWN system very rarely seems to simulcast activity on sites other than the ones the users are affiliated with. Also, although the local Seattle field office of the Secret Service undoubtedly has IWN radios, it's doubtful the traveling POTUS protective detail has access to the IWN on these types of trips.

I did get to hear the departure of the Oregon Air Guard F-15's sent to intercept the incursion of the restricted airspace near Seattle. The alert flight (callsign ROCK) was launched from PDX airport and apparently went super-sonic to get up to there in a hurry, causing all kinds of phone calls about sonic booms and explosions!
Posted by Chris Parris at 7:50 AM No comments: