Back when the Transportation Security Administration (TSA) began operations in 2002, they were originally under the Department of Transportation (DOT). The radio frequencies that were first standardized to be used by the TSA nationwide included 169.3000, 172.1500 and 172.9000 MHz. These frequencies were culled from the Federal Aviation Administration (FAA) allocations, and they are still shared between the two agencies.

UPDATE - After reviewing my notes and talking with several other listeners, there are a few locations using 172.9 MHz for TSA activity, but it does still appear to be no longer the "primary" VHF repeater frequency that it once was for the TSA nationwide.

Posted by Chris Parris at 7:01 AM No comments:

I recently saw some discussions about some VHF federal frequencies being used for an NXDN IDAS trunked system in Southern California. Monitoring had provided clues to the system users and it appears to be utilized by the Los Alamitos Joint Forces Training Center in Orange County. So far, two frequencies have been identified as being used by this system, and updates can be found here: https://www.radioreference.com/apps/db/?sid=10019

163.4125 MHz - LCN1
163.4375 MHz - LCN2
? - LCN3
While the use of DMR and NXDN digital modes is increasing in the federal VHF and UHF bands, it is a bit unusual for a military facility to go with a non-standard radio system type when other military bases around the world are joining large networked P-25 digital radio systems. 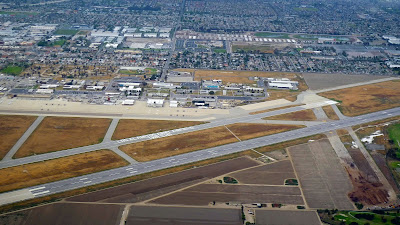 Posted by Chris Parris at 6:45 AM No comments: