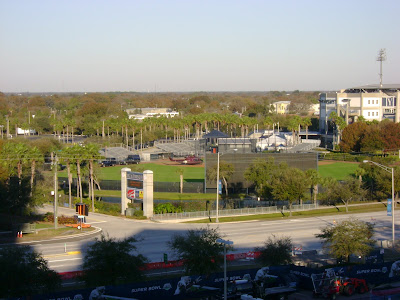 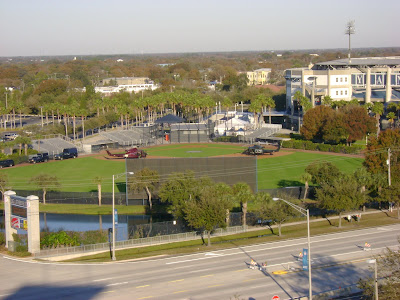 In the May 2009 issue of Monitoring Times, the Fed Files column contains a wrap-up of active frequencies that were monitored at Super Bowl XLIII in Tampa. I mentioned in the column about spotting two mysterious helicopters that were stationed near the stadium in our designated "Emergency Evacuation" rally point next to the football stadium.

Unfortunately the space in the magazine did not allow for any photos of the mystery helos, so I decided to post them here. You should be able to click on the photos for a larger view.

And I did not get any closer photos and was unable to catch the N numbers off of the helicopters on the one trip they made around the stadium. They arrived in the dark and departed the Monday after the Super Bowl.
Posted by Chris Parris at 5:06 PM No comments: