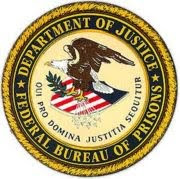 NOTE: I know I promoted the updated BoP list as being available on the Monitoring Times web site, but the site is undergoing some re-design and the Readers Only area is no longer an option. As for now, if you wish to receive a copy of the latest Bureau of Prisons update, pleasase drop me an email at the Monitoring Times address at the top of the blog.
Posted by Chris Parris at 11:13 AM No comments:

A couple of weeks ago, some listeners in the New York City area reported some clear, P-25 traffic on this previously un-heard frequency. Reports were that they were hearing 169.6000 MHz, NAC 169 repeating traffic from the Federal Protective Service UHF repeater. Then it appeared to be carrying traffic from a New York PD Citywide channel, and later traffic from Newark PD was heard.

A poster on Radio Reference has indicated this was being used by a group from the Department of Homeland Security as a test project. Although saying it was DHS still leaves a lot of speculation as to what the specific agency and purpose was, this frequency is definitely worth keeping an ear on.

I'll hopefully have more information after a couple of trips I'm scheduled on to NYC over the next few weeks.
Posted by Chris Parris at 9:16 PM No comments:

Back in mid-September I reported on some activity on 409.4000 MHz, NAC 940 in the Las Vegas, NV area. Listeners had reported sporadic, clear activity on this frequency and had not been able to identify who it was.

I was in Las Vegas for a week and listened to that frequency when I could. I was only able to copy a few transmissions, but they all occurred in the mornings between 07:30 and 08:00 AM each day. A unit would call in to "DENVER" and report in service. DENVER would then acknowledge, and nothing else was heard by me. Others have reported hearing traffic stops and requests for backup from LV Metro PD units on this repeater.

Some have suggested this is the Federal Protective Service. At first glance that might make sense, but I have some concerns:

A) The frequency is not one used by FPS in any other region or city that I have found.

B) Every other FPS Region does regular check ins with units during shifts.

C) The total lack of traffic other than checking in each morning is also baffling. And only seems like one or possibly two units on duty.

Still not enough information to positively identify the agency yet, but we'll keep listening.

UPDATE - I have received some reliable information that this is indeed the Federal Protective Service repeater for the Las Vegas area. The FPS apparently has a very small presence in the LV Metro area and that explains the lack of radio traffic and the lack of roll calls. FPS MegaCenter in Denver is indeed the dispatch point for the LV repeater.
Posted by Chris Parris at 9:09 PM No comments: