GAO Report on The Secret Service 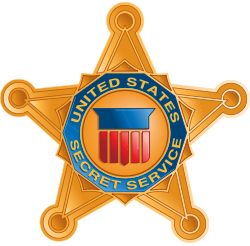 I wrote about this report back in the April 2016 edition of The Spectrum Monitor: