The first of a series of debates between the presidential candidates is tonight in the Denver, Colorado area. An anonymous source sent me an interesting photo taken at the debate site. This trailer has sprouted quite a few interesting antennas! 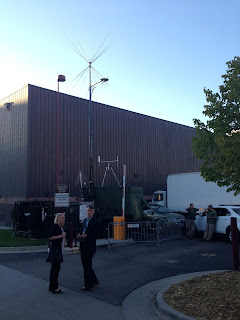 A similar setup has appeared at other large Presidential events, including political conventions and such. No indication as to who it belongs to, but the trailer itself appears military. I suspect the White House Communications Agency (WHCA) is probably involved.
Posted by Chris Parris at 12:48 PM No comments:

The broadband company that was thwarted by the FCC in its efforts to utilize spectrum near the GPS frequency band is now requesting permission to share some federal government spectrum.

"What LightSquared wants to do is take one 5MHz band that it already uses for its satellite service (at 1670-1675MHz) and combine that with the next band up (1675-1680MHz), which is used for federal purposes including National Oceanographic and Atmospheric Administration weather balloons." 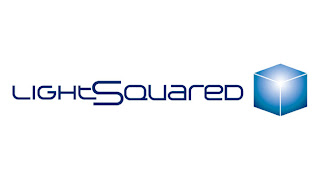 Posted by Chris Parris at 11:35 AM No comments: