Once again, the future of the Justice Department's Integrated Wireless Network (IWN) is in doubt due to proposed budget cuts:

The linked article also contains a link to this interesting IWN document, containing some additional details of the proposed system layout and the new sites around the National Capitol Region;

http://assets.fiercemarkets.com/public/sites/govit/iwnreport.pdf
Posted by Chris Parris at 8:14 PM No comments: 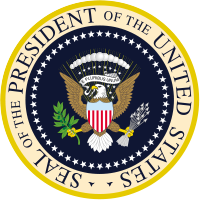 On February 18th, President Obama made a visit to the Portland, Oregon area, specifically the Intel Ronler Acres campus near Hillsboro Stadium. I was unable to be in town when the visit occurred, but was able to catch some traffic from the Advance Teams in the days prior to the visit. I was also able to spot the motorcade rehearsing the routes out of Portland International Airport on the day before the POTUS arrival.

Here is what was active:

In the past I have received many emails complaining that when the President or other dignitaries visited the areas that they never heard anything on the usual Secret Service channels. As I have explained in past Fed Files columns, the Secret Service tends to set up low power and simplex radio systems in areas that are needed rather than try and cover large areas with temporary repeaters.

* - Thanks to all that emailed me information on the "name" of this channel and 167.0125 MHz. The opinion seems to be that 167.0125 MHz is the Vice Presidential Protection Detail, and 167.0375 MHz is the Presidential Protection Detail., called VPPD and PPD. However, I have heard both frequencies used at events/situations where neither the P or VP are in the field, so they do get used for other things, apparently...
Posted by Chris Parris at 7:42 AM No comments: