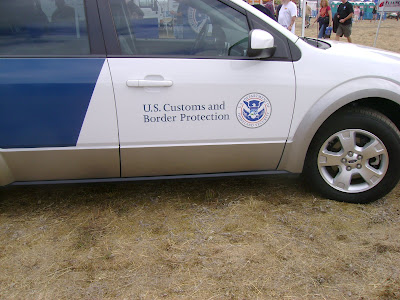 Listeners along the Washington / British Columbia border have reported that the US Border Patrol, part of the DHS Customs & Border Protection division, have recently switched to APCO P25 digital.

The Border Patrol channels in the far northwest Washington area, 163.625 MHz and 163.675 MHz, also utilized by local law enforcement agencies, had been in the analog mode for many years now. The switch to P-25 digital in this area follows a similar story along the Arizona / Mexico border that occurred late last year.

I recently finished a trip to Laredo, Texas and found the Laredo Sector of the CBP is still utilizing analog with DES encryption.

It appears that the CBP is not waiting for the IWN project to update their communications gear. Although I am certain the new P-25 radios will be compatible with the VHF IWN trunking system when it arrives along the border areas. The IWN already has sites along the Washington / BC border, but they have not apparently been utilized by the CBP as of yet.
Posted by Chris Parris at 6:16 PM No comments: