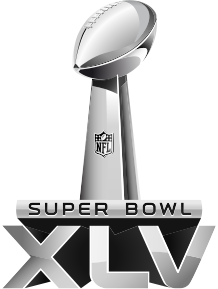 Things are starting to ramp up for federal activity related to Super Bowl XLV in Arlington, Texas this February. There were rumors of the possible installation of some sites of the federal IWN (Integrated Wireless Network) in the Dallas Metroplex prior to Super Bowl. However it appears that money and time issues got the best of the proposal.

I will try to provide updates prior to the big game, and a complete wrap-up will appear in the May 2011 Fed Files column in Monitoring Times magazine.
Posted by Chris Parris at 10:55 AM No comments:

Some additional information has surfaced about the new UHF federal frequencies used by the Drug Enforcement Administration (DEA). As we have previously reported in the Fed Files blog, the DEA will be re-channeling their UHF frequencies and have started using these new frequencies in Texas and other southern US areas.

Also, New Orleans now has a new P-25 DEA repeater on 409.6250 MHz, N156. This is the first confirmation of the new DEA channels being used outside of Texas.
Posted by Chris Parris at 9:34 AM No comments: 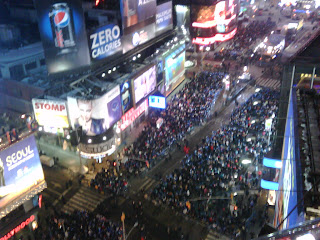 Happy New Year from the Fed Files! Once again I was working at Times Square in New York City on New Years Eve helping broadcast the event. I had some time to scan and got a few hits on federal frequencies. Some were most likely normal New York City area frequencies, but a few were new. Here is a quick look at what I was able to log. Most of the communications were encrypted, but a few bits and pieces were in the clear. Quite a few radio checks were heard on the 167.7875 MHz Federal Interoperability repeater.

The frequencies noted with an asterisk were heard last year in Times Square as well. I'm not sure if these are normal NYC area FBI frequencies or not. Perhaps some local listeners can confirm these. But things were definitely hopping this New Years.
Posted by Chris Parris at 9:33 AM No comments: