Customs and Border Protection AMID - Update!

Some new DHS Air and Marine Interdiction Division (AMID) frequencies have been noted as of late. There are 4 UHF airband frequencies that are allocated to the AMID operations:

These would probably NOT be the ONLY UHF frequencies that the CBP aircraft would be using, but these are exclusive to their use. Also, check the VHF bands between 136.0 MHz and 138.0 MHz for some additional "tactical" air frequencies. 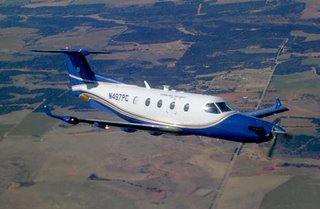 A source up north has mentioned that the CBP Air Marine Interdiction Division aircraft based in Bellingham, Washington have now been heard using 350.025 MHz to contact HAMMER as well as 282.425 MHz. HAMMER is the call sign of the AMID nationwide command center at March AFB. Previously I had only heard HAMMER being contacted on the 282.425 MHz frequency via the national network of remote air-to-ground tranmitter sites. There are two CBP Pilatus PC-12s at Bellingham, N497PC and N593PC.

According to this page on the Customs & Border Protection website, they have received the first of their new EC-120 helicopters (link updated August 8th):